Fiona welcomed 71 members and 8 guests.
Events: Fiona went on to say what a lovely occasion the summer party was and everyone enjoyed themselves. Fiona mentioned that there are still places for Nymans (29th September £30) and the Christmas Dinner this year is at the Taste Restaurant, South Thames College, Morden (6th December, 6.30 for 7.00 £29.95 only 15 places remaining). Please contact Gillian about either of these events. If you would like tickets for the Surrey Autumn Federation meeting (17th October £16) please contact Chris.

AGM: Fiona mentioned that in November we will be having our AGM and it would be really lovely to have some new people come forward to join the committee. Please contact Fiona for details etc., if you would like to come along to the October committee meeting on Monday, 10th October to see what it is all about.

FoodCycle: Fiona mentioned a new project starting at the New Horizons Centre in Mitcham who are asking for lead volunteers. FoodCycle is a national charity that unites volunteers with kitchen spaces and surplus food from supermarkets to make healthy fruit and vegetable based meals free to the community. Their aim is to reduce social isolation and food poverty and to build communities. They need a team of lead volunteers who are willing to help lead a session once a month. They will support volunteers to gain Food Safety level 2 qualifications.

Summer Fair: Wimbledon Guild have sent WI members a big thank you for all their work at the Wimbledon Summer Fair which they said has been the best year so far.

2017 Charity: We will need to be thinking about our new charity for next year soon and Fiona mentioned that it would be rather nice to nominate St. Raphael’s in support of their care for Joanna in her last weeks but if members have other nominations for our charity of the year, please let one of the committee members know.

Sports Week: Steph recognised our ladies at the Swing Session on Monday and made them feel very welcome. By all accounts everyone had a very enjoyable time and some are thinking of doing it again!!! Friday’s Hogsmill walk was less successful due to bad weather but the five members who did face the elements had a lovely walk (and talk) stopping half way for coffee and later for a pub lunch in Berrylands. 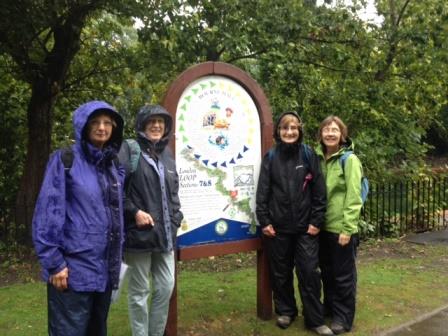 Television Programme: Liz mentioned that ITVs ‘Tonight’ programme is looking to speak to women who would like to share their stories about the menopause and how it has affected their quality of life.

Car maintenance: Kwik Fit are running free workshops at 70 centres nationwide. The workshops aim to improve knowledge in basic car maintenance and will take you through measuring tyre pressure and tread level, purchasing new tyres and other vehicle issues such as oil, coolant and washer fluid checks. For more information or to book a workshop contact Polly Cooper on ladiescarcarekwik-fit.com.

Food Waste: Liz mentioned that there was a large article in the Evening Standard about Food Waste which coincides nicely with communication we have had from NFWI encouraging all WI members to complete a questionnaire to support the 2016 resolution to ‘avoid food waste, address food poverty’. The following link is to the questionnaire which we would urge members to complete and support as it is our chosen resolution https://www.surveymonkey.co.uk/r/NFWIFoodWaste. For further information about this campaign, please see following link https://www.thewi.org.uk/campaigns/current-campaigns-and-initiatives/avoid-food-waste,-address-food-poverty

Knit and Natter: Liz said that as she is the only one turning up for Knit and Natter on Friday afternoons, these meetings will now be cancelled. The 1st Wednesday of the month IKnit in Waterloo will still be happening and if anyone is interested please see Margaret. The next two sessions will be on 2nd November and 7th December.

Book Sale: At Monday’s meeting £52 was made from the book sale which was organised by the Book Club and the funds will go to Wimbledon WI.

Guest Speaker: Fiona went on to introduce our speaker for the evening, Siobhan Clarke who gave us an extremely interesting talk on “The Crown & the Cradle”. Royal babies have always excited interest because the health and survival of the child would shape history and Siobhan certainly knew her history giving us some interesting facts and graphic details about royal babies’ births. We usually only hear about royal babies who survived to adulthood. However, as Siobhan mentioned, there were a lot of fatalities, many babies dying at birth or shortly after and, of course, the mother too was often in danger of surviving childbirth. Siobhan mentioned how crucial it was for queens to deliver heirs as their own lives would be in jeopardy if they didn’t. As she went through the centuries, it became evident that more and more royal babies were surviving due to better health care and, in fact, Queen Elizabeth II was born by caesarean section – not long before that mothers would have died. Siobhan’s talk was very insightful and filled with lots of unknown facts about past and present royal babies.