Fiona opened the meeting by welcoming 70 members and 2 guests.
Events:
Gillian mentioned that afternoon tea at St. Pancras Hotel has been arranged for Saturday, 17th March (£38). Also there are still places for the Brands Museum, Saturday 27th January (£12) Please contact Gillian if you would like to go. Please note, to secure a place for an event, payment has to be made at time of booking (preferably by cheque).
Denman: Special Offer – Taste of Denman, March 10-11 (£155). Email Dulcie for details.

Fiona gave us a light hearted account of her recent stay at Denman:
I’d like first of all to thank you all for the opportunity of having the ‘Denman experience’. From the beautiful surroundings to the delicious food and fascinating company, it was something that I shall never forget.

I took advantage of the shuttle service Denman organises, so I was picked up from the station at 4.00pm. At 6.00pm about 100 people taking I think 8 courses gathered to be introduced to their tutors. During the welcome speech we were encouraged to help the funding of a new stair carpet for the main house by patronising the bar freely! Two minutes later our tutor said that as our Cryptic Crosswords was ‘an intellectual course’ we shouldn’t have too many glasses of wine before the evening session!

This statement was met by stunned silence from the audience, but as I was a little apprehensive about being able to keep up with the course, I was more than happy to heed that advice. I therefore joined the others after dinner ready for our first session.
Brian was at pains to assure us from the start that, although he accepted the course might be quite challenging he did want to make sure we had a few laughs too. He couldn’t, he said, send us away after a day and a half ready to do any crossword we attempted, but he wanted to teach us at least how best to approach them. And I can say that I do now feel better equipped to recognise strategies and have even attempted The Times (‘Quick’ – shh!) Crossword!

And Brian was true to his word – he had no end of amusing anecdotes from his very varied experience. This one he saved till last: his parents were members of the Salvation Army, and encouraged him to join the brass band. After attempting and failing to master the cornet and tuba, he was finally told to take charge of the percussion section. One evening he was performing in a concert and, getting carried away at the back on a rostrum, didn’t notice that his kettle drum playing was vibrating the staging so that his music stand crept away and eventually fell off the edge of the rostrum, hitting the trombonist in the back of the neck so that his slide shot out and took out the first row of violins!

Workshops:
Katharine, on behalf of everyone who attended, thanked Fiona for arranging the courses (Jewellery and Introduction to Floristry) at Sutton College, followed by a talk on James I and the English Witch Hunt. They were enjoyed by everyone. 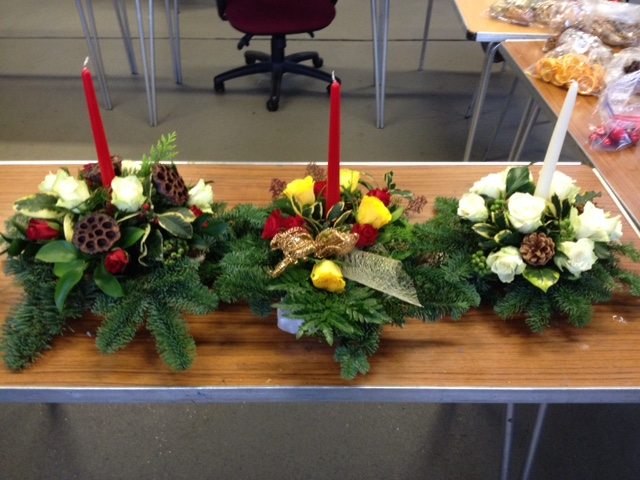 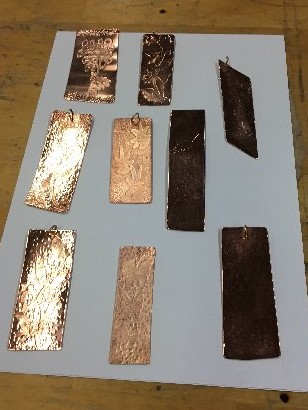 Chosen Charity for 2018:
Tracy, Representative from Carers Support Merton informed us about their work with Young Carers in the borough. She said they work with families to improve Young Carers lives in the following areas:
Understanding their caring role
Reducing feelings of isolation
Improving emotional well being
Making healthy decisions
She also said they work with families by advocating on their behalf, offering them emotional support and by giving Young Carers opportunities to take part in new, informative and fun activities. Tracy then thanked us all for the collection of Christmas presents we had brought to the meeting and for choosing Carers Support Merton as our charity for 2018.

December and January Meetings:
Fiona mentioned that next month we would be having a royal visitor – King Henry VIII will be entertaining us at our December meeting when mince pies and mulled wine will be available. In January we will be voting on Resolutions so keep the Resolution Selection Form in your November issue of WI Life to bring to that meeting.

Hot Topics: Fiona mentioned that Hot Topics are a way of informing members and recording what has happened at our meetings as minutes were not taken. Everyone should receive a copy of Hot Topics either by email or by post.

Chris is standing down from the committee at this time. Fiona presented Chris with a bouquet of flowers and she thanked Chris for all of her hard work as treasurer in past years and for sharing her knowledge of rules and regulations with her fellow committee members. Following a show of hands, indicating WI members’ approval, the remaining committee members will continue as before with the addition of Angela.
Wendy – Treasurer
Lys – Secretary
Lesley – Assistant Secretary
Linda – Committee meeting minutes
Gillian – Vice chair and outings/entertainments organiser
Margaret – Crafts
Dulcie – MCS Preview Notes/Hot Topics and Crafts
Daphne – Catering
Sheila – Charity Liaison
Angela – new member

None of the committee indicated that they would like to stand as President. Following a further show of hands, indicating WI members’ approval, Fiona will continue in her role as President.

Lys gave a report of the speakers, outings and events that we have enjoyed over the past year. Fiona thanked Gillian and her team for all their hard work of planning and organising the programme. Fiona proposed that the report be adopted and Ann seconded this proposal. The members indicated their agreement by a show of hands.
Fiona said how much she enjoys being part of our WI and she said she is happy to continue in her role as President. Fiona thanked the committee and all members who have supported her so well over the year.

Speaker for the evening:
Wayne Watling, Counter Terrorism Focus Desk Supervisor. Wayne told us that he has spent the past 22 years working with the Metropolitan Police, mainly in a uniform role. For the past two years he has been the supervisor of the Counter Terrorism Focus Desk (CTFD), working in partnership with Transport for London. He compiles Counter Terrorism (CT) messaging, presents a number of corporate and bespoke CT products to increase CT awareness and reassurance. Wayne said that it was highly unlikely for anyone present tonight to encounter a terrorist attack, however, the threat is still there and the importance of staying alert and aware. The National terrorism threat level is still “severe” and has been since 2014 and it is important to have eyes and ears on the ground as 550 cases are being handled at one time.

The aim is to reduce the risk to the UK and it’s interest overseas from terrorism so that people can go about their daily lives freely and with confidence
Pursue: stopping terrorist attacks
Prevent: stopping people becoming terrorists or supporting violent extremism
Protect: strengthening our protection against attack
Prepare: mitigating the impact of attacks

Wayne explained that the cordon distances are a lot larger than the general public think being:
• 100 metres for a minor explosive risk – rucksack
• 200 metres for a moderate explosive risk – car
• 400 metres for a serious explosive risk – lorry
Wayne also mentioned the HOT principles on unattended items:
H – Hidden – has it been concealed or hidden from view
O – Obviously suspicious – Does it have wires, circuit boards, batteries, tape etc.
T – Typical – Is the item typical of what you would expect to find in this location.

Wayne also mentioned the Stay Safe principles:
RUN – Escape if you can, insist others leave with you, leave belongings behind.
HIDE – If you cannot run, hide. Try not to get trapped, be quiet, barricade yourself in.
TELL – Call 999. Informing of location, where suspects were last seen and description.

And he left us with one last message. Be vigilant, our behaviour can reduce threats to the organisation, be security savvy. The Anti-terrorist Hot Line is 0800 789 321.

Poppies:
Thank you to everyone who either helped to make the poppies or bought them. We raised £255.65 to send to the Royal British Legion. A joint wreath was also laid on Remembrance Sunday with SW19 WI at the Wimbledon Village War Memorial.

Next Meeting:
18th December – King Henry VIII. Mince Pies and Mulled Wine but before then
Christmas Dinner at the Taste Restaurant, South Thames College, Morden, on Wednesday, 6th December, at 6.30 for 7.00.

Fiona welcomed 47 members and 2 guests.
2018 SFWI Centenary celebrations:
One of our members, Imogen has agreed to be the liaison officer for the celebrations next year and we look forward to hearing what is to be proposed for May and June 2018. In the meantime you can write Thursday, 28th June in your diary for an evening event at RHS Wisley. Fiona thanked Sheila and Miriam for their contributions towards the History Record of Wimbledon WI. This, together with Eileen’s creative craft work has been forwarded to SFWI for inclusion in the Centenary Commemorative Book.

Wimbledon WI 10th Anniversary:
We are hoping to arrange something special for our 10th birthday which will probably happen after July 2018. A show of hands voted for an evening event rather than a Saturday afternoon for our own celebrations. Further information to follow.

Events:
There are still a few spaces for the Brands Museum and Christmas Dinner and one place left for the jewellery workshop at Sutton College (Saturday, 18th November). As usual, please contact Gillian if you would like to go. Please pay for events booked at the next meeting or send a cheque to Gillian.
Surrey Residential Designer Taster, Saturday, 10th March – Sunday, 11th March (£155) – An overnight stay followed by a day of “taster” workshops. If you would like further information and application form, please contact Dulcie.
NFWI AGM, Wednesday, 6th June, Motorpoint Arena, Cardiff. Please let us know if you are interested and we will send you an application form.

Resolution – End Plastic Soup:
In relation to one of this year’s WI resolutions Fiona, one of our members, drew our attention to an item she has recently heard on the news. A Sea Bin has been launched from Portsmouth, where the micro fibre research was being done. Apparently it can gather micro fibres of about 2mm, as well as plastic bottles and bags etc. Great News. Further reading can be found on https://inews.co.uk/essentials/news/uk/britain-gets-first-sea-bin-trap-rubbish-floating-int-solent/

November Meeting:
Next month will be our AGM when we select our committee. A few committee members may be stepping down so we are looking for volunteers to put their name forward. Anyone can join – no experience needed. So don’t be shy, if you have the time, we would love to hear from you.

Subscription 2018:
The NFWI Board of Trustees has set the membership subscription for 2018 at £41. Dual members will pay £20 to their second WI. Payment will be due from members in January 2018.

Monday night was a particularly successful evening with members socialising, playing games, answering various quizzes and eating chocolates! A relaxing and enjoyable evening was had by all.